Krugner and Gordon. 2021. Mating Communication of the Variegated Leafhopper, Erasmoneura variabilis, With Notes on Vibrational Signaling of Other Grapevine Cicadellids in California 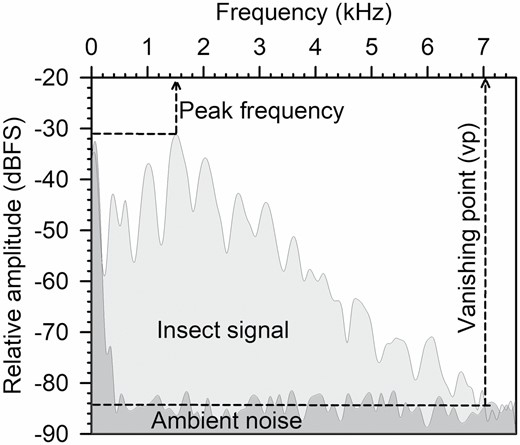 Leafhoppers in the tribe Erythroneurini are a concern for grape growers in California due to direct feeding damage by piercing the leaves. Management of leafhopper populations in vineyards may be accomplished by insecticide applications, the release of natural enemies, conservation biological control, exploitation of controlled deficit irrigation, or a combination of the above. Based on research on other leafhopper species, a behavioral mating disruption is a viable option, but nothing is known about the mating communication and circadian signaling of these species in vineyards. The objectives of this study were to identify and describe vibrational signals associated with mate selection behavior of Erasmoneura variabilis and Erythroneura ziczac, and evaluate the occurrence of vibrational signals within sympatric populations of E. variabilis, E. ziczac, and Homalodisca vitripennis on grapevines. Analysis of vibrational communication signals revealed that 1) one female signal and two distinct male signals are used in E. variabilis pair formation, 2) the pair formation process in E. variabilis is divided into three communication phases, 3) E. variabilis pre-copulatory communication is longer in the presence than in the absence of male-male rivalry, 4) two distinct signals are used in E. ziczac pair formation, and 5) E. variabilis, E. ziczac, and H. vitripennis sing at night and during the day. Results include detailed descriptions of leafhopper communication signals that are relevant for future development of vibrational disruption as a novel method to suppress populations under field conditions.

Krugner R, Gordon SD. 2021. Mating Communication of the Variegated Leafhopper, Erasmoneura variabilis, With Notes on Vibrational Signaling of Other Grapevine Cicadellids in California. Annals of the Entomological Society of America. 114 (4):July 2021, Pages 528–537