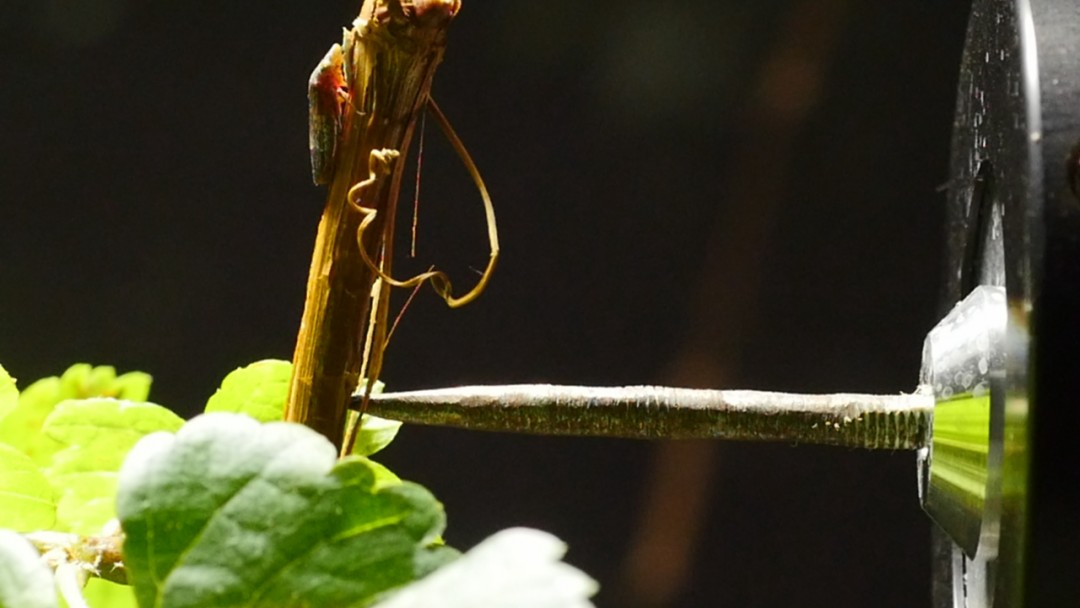 The glassy-winged sharpshooter (GWSS), Homalodisca vitripennis, is an important pest of grapevines due to its ability to transmit Xylella fastidiosa, the causal agent of Pierce’s disease. GWSS mating communication is based on vibrational signals; therefore, vibrational mating disruption could be an alternative to insecticides for suppression of GWSS population. Our objectives were to identify spectral features of female signal that elicit male signaling, design disruptive signals able to alter male perception and acceptance of a female, and determine the signal intensity required for future field applications. Results showed that male responses to playback of modified female signals were significantly reduced by 60-75%when part of the female signal spectral components above or below 400 Hz were deleted. Playback bioassays showed that transmission of an 80 Hz pure frequency tone to plants completely suppressed male signaling to female signal playback, even if the disruptive signal amplitude was 10 dB lower than the female signal playback.  Although the mechanism underlying cessation of male signaling activity in the presence of disruption is not yet understood, results suggest that an 80 Hz vibrational signal should be tested in laboratory and field experiments to assess its efficacy in disrupting mating of GWSS