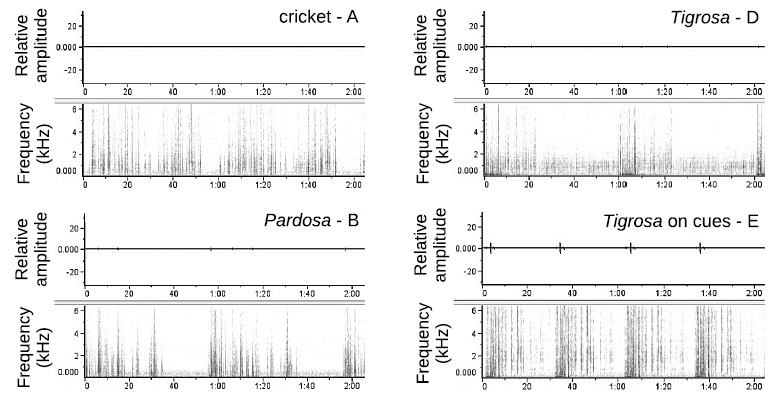 Predators may inadvertently signal their presence and threat level by way of signals in multiple modalities. We used a spider, Pardosa milvina, known to respond adaptively to chemotactile predator cues (i.e., silk, faeces and other excreta) to evaluate whether it could also discriminate predation risk from isolated vibratory cues. Vibrations from its prey, conspecifics, and predators (Tigrosa helluo and Scarites quadriceps) were recorded and played back to Pardosa. In addition, we recorded predator vibrations with and without access to chemotactile cues from Pardosa, indicating the presence of prey. Pardosa did not appear to discriminate between vibrations from prey or conspecifics, but the response to predators depended on the presence of cues from Pardosa. Vibrations from predators with access to chemotactile cues from prey induced reductions in Pardosa activity. Predator cues typically occur in multiple modalities, but prey are capable of imperfectly evaluating predation risk using a limited subset of information.