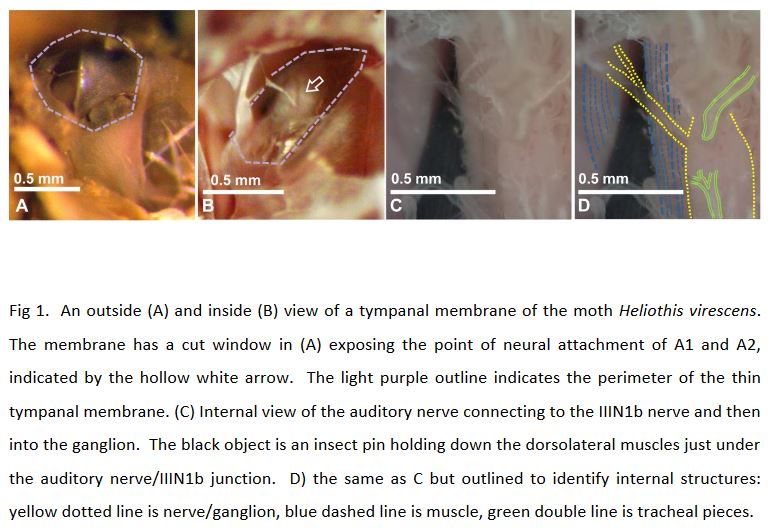 The ear of the noctuid moth has only two auditory neurons, A1 and A2, which function in detecting predatory bats. However, the noctuid’s ears are located on the thorax behind the wings. Therefore, since these moths need to hear during flight, it was hypothesized that wing position may affect their hearing. The wing was fixed in three different positions: up, flat, and down. An additional subset of animals was measured with freely moving wings. In order to negate any possible acoustic shadowing or diffractive effects, all wings were snipped, leaving the proximal most portion and the wing hinge intact. Results revealed that wing position plays a factor in threshold sensitivity of the less sensitive auditory neuron A2, but not in the more sensitive neuron A1. Furthermore, when the wing was set in the down position, fewer A1 action potentials were generated prior to the initiation of A2 activity. Analyzing the motion of the tympanal membrane did not reveal differences in movement due to wing position. Therefore, these neural differences due to wing position are proposed to be due to other factors within the animal such as different muscle tensions.